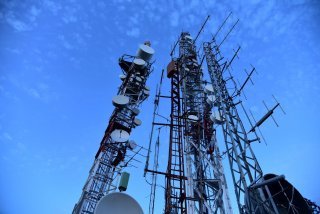 According to the American Civil Liberties Union, “the freedom of press, protected by the First Amendment, is critical to a democracy (or other form of government in which the people have power) and the government is accountable to the people.” It is generally understood that a free press was decided to prevent the government from interfering with distribution of information and opinions. Peter Millett, Libya, Tripoli Ambassador from the UK Foreign & Commonwealth office wrote that the media’s, “role is to inform, criticise and stimulate debate. The backbone of any democracy is an independent, professional and responsible media.” The ACLU also added, “a free media functions as a watchdog that can investigate and report on government wrongdoing.” Over the last two-hundred years, U.S. free press laws have also changed several times.

The widely-accepted (at the time) Telecommunications Act of 1996 was intended to modernize the last communications act of 1934. Michael Corcoran, journalist from Truthout, wrote, “Twenty years later the devastating impact of the legislation is undeniable: About 90 percent of the country’s major media companies are owned by six corporations.” According to Peter DiCola and Kristin Thomson, in a report from the Future of Music Coalition, suggested that for decades in some places media consolidation has been so extreme, that the largest four firms in most markets have controlled 70-90 percent of the market share (or more).

The concern affecting the U.S. free press isn’t only seen through news outlet media consolidation, but it’s also heard with radio, which every week, “reaches nearly 95 percent of the U.S. population over the age of 12.” Corcoran explained, “In 1995, before the Telecommunications Act was passed, companies were not allowed to own more than 40 radio stations.” DiCola and Thomson continued, “since passage of the 1996 Telecommunications Act, Clear Channel [now called iHeartMedia] has grown from 40 stations to 1,240 stations – 30 times more than congressional regulation previously allowed.”

These kinds of changes, experts suggest, have opened the flood gates for monopolistic competition, because the with the increased fees, infrastructure costs, and licensing requirements, etc., the raised barriers to enter the market actually have made it tougher for new emerging sources to join. John F. Kennedy said that “knowledge is power,” and quoted Thomas Jefferson seeming to further suggest that as long as everyone is enlightened/educated with information, then everyone (people) can make the right choices to protect freedom.

In another part of his speech, he said, "no President should fear public scrutiny of his program. For from that scrutiny comes understanding; and from that understanding comes support or opposition. And both are necessary. I am not asking your newspapers to support the Administration, but I am asking your help in the tremendous task of informing and alerting the American people. For I have complete confidence in the response and dedication of our citizens whenever they are fully informed." Read Kennedy’s full speech at the JFK Library Website.

Kyle Keith, founder of the Ascendents™ brand companies, the band's original singer-songwriter/performing artist, is also the head editor/reporter for Ascendents.net News. He has a master's degree in business administration concentrating on leadership, organization, management, and strategic coordination of top technology companies and governments, plus changing roles for modern global business and consumer markets such as retail and the music/entertainment industries.

Our mission is to report the top stories you actually care about.