2018's fashion month consists of many notable events around the world. Runway shows revealing possibilities for tomorrow's trends are often the highlight. Telegraph reporters, Rosie Boydell and Anisha Parbhakar Brown claimed, "fashion editors and the street style crew are busy packing their cases for a month on the road," because after this week, which is New York Fashion Week, the celebration of style and fashion continues throughout the rest of the month at other major cities such as London, England (UK), Milan (Italy), and Paris (France).

It was a night of fashion on the runway and in the front row. USA Today's Anika Reed said that there were, "A-list celebrities on hand to help ring in the first day of New York Fashion Week at the Tom Ford runway show." Ford’s focus, as mentioned in his show notes said he feels that, “fashion has somehow lost its way a bit, and it is easy for all of us to be swept up in trends that have lost touch with what women and men want to actually wear,"

Often runway shows, for many reasons, welcome other non-performing models and friends of models/those involved. The feel of lightning often can fill the air as new ideas are tried out in public. Drama and other aspects can steer the mood for better or worse --  songs over the loudspeakers accentuate a catwalk, just as certain outfit designs can actually be more amazing than in theory. Personalities react to impressions of the outfits, sometimes forgetting how tough it can be to make clothing fit, and that models are often wearing clothes designed by others, not necessarily always ones that they chose themselves. Attendents make hot and cold waves interpreting the most "now and tomorrow" outfit designs.

Florida's cyclical red tide is a toxic algae bloom that suffocates and kills sea life. Not only killing fish, PBS reported that since the bloom started last fall, "(it) has killed dolphins, sea turtles, manatees, even a whale shark." This year, experts have stated the bloom is worse and more persistent than previous years, potentially spreading over 130 miles, and that it could be a result of climate change or other human interference. The overall result: thousands of dead fish and other previously living creature odors clearing beaches from tourists and getting replaced with cleanup crews. Even though fish seem to represent the majority of those who are susceptible to the red tide algae bloom effects, it was reported that they have discovered sea turtles are being killed at four times the rate of previous years. Ecologist Dr. Rick Bartleson said that usually, "you would see 100,000 to 200,000 red tide cells per liter of water. But this year, the red tide has been 10 times worse."

Several informed reporter William Brangham, on Sanibel Island off Florida's coast. Local businesses are being affected as an owner, Trasi Sharp runs the Over Easy Cafe just a few blocks from the beach, and said, "Somehow, we will get through this. We’re hoping it doesn’t last at this pace for too long, but it’s scary." Tour boats are low on business as, Captain Ben Biery explained, "my business for the month of August was down somewhere around 80 percent." With struggling economies, some harder-hit areas have relied on weekly assistance from food banks. Biery also added about not being able to, "drive 100 yards without passing 1,000 or 10,000 dead fish."

In early August 2018 photo, crews cleaned up dead fish on Coquina and on other Florida beaches. (AP Photo/Chris O'Meara) 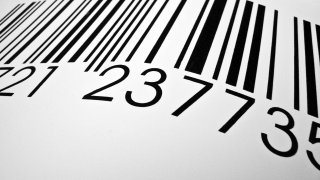 For years, many have been wondering if it is really that important for a UPC's company prefix to match the company of the manufacturer. Online, there is so much misinformation, that it is difficult to determine who is telling the truth. While some have had negative experiences with non-direct GS1 UPC codes, it isn't as easy to determine the actual GS1 legitimacy of the codes, as most unhappy UPC code purchasers tend to buy large volumes from suppliers on eBay, however; usually the reason they are unhappy is because the codes purchased do not actually belong to a designated GS1 UPC company prefix/range.

Some companies stand by their UPC codes, saying that codes purchased from them, "can be used on Amazon, eBay, iTunes, and more." They even say that the codes are GS1-Verified, and that the company offers a, "money back guarantee within 30 days." The company prefix would register as something other than the official company name. Try searching for UPCs of products around the home or office using GS1's official GTIN search tool, available at: http://gepir.gs1.org/index.php/search-by-gtin. 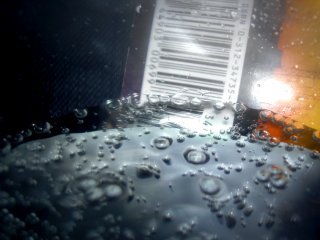 Further research shows that while many commercial product UPC company prefixes do match the manufacturer name, however; some exceptions to that fact are with Walmart's generic stationery, in which the company prefix points to a company written completely in Chinese. Sometimes different UPCs are given to products based on the owner at the time or the distributor, as many product UPCs at Dollar Tree have Dollar Tree company prefixes, regardless of the brand being Jot, Greenbrier International, Inc. (in the US), or DTSC Imports (in Canada). With music, oftentimes a large company owns UPCs for countless albums. While discounted barcodes might lack some of the authenticity of direct GS1 UPCs, there is no guarantee of needing every product UPC to be a direct GS1 code. When the situation happens where a direct GS1 UPC code with an official company prefix is needed, such a code can be purchased.

Stepping beyond "just-in-time" inventory with a trend growing in the independent webstore market. The buzz words: "Dropshipping," and "Remote Reselling." Unleashing another level of business flexibility, resellers, no longer required to purchase large quantities in order to sell products, simply negotiate contracts with their suppliers to handle the inventory management for them. This networked strategy brings the customer (sale) one step closer to completing the supply chain, as they are connected to the supplier through the remote reselling/dropshipping process. For such orders, and for custom products, we inform our customers that deliveries can take several extra days to arrive.

How does it work? When a reseller sells a supplier's product, they forward that sales invoice to the supplier to fulfill the shipping request. As a standard procedure, generally after receiving a reseller invoice, and once products are shipped (hopefully on the same or next business day), then the reseller secures their commission earnings and pays the rest back to the supplier. Contract negotiation topics include: 1) commission percentage, 2) potential order processing/shipping delays, 3) returns policy (if allowed), 4) lifetime of contract, and 5) procedures for updating/maintaining store products.

At Ascendents.net, Inc., it is important that we actually can communicate with the people and businesses in our supplier network. Our reputation, income, and ability to grow business depends on seamless support/commitment from our dropshippers. Read more about "Dropshipping" at BigCommerce and ShopFactory.

Do you have the perfect product for the Ascendents.net Shopping Store?
Read more about the online shopping site and send a message!

Our mission is to report on the top stories you really do care about.